The first impact from Coronavirus was felt at the end of January when the disease was spreading rapidly in China. China is a major importer of milk powders and is also a critical player in the shipping industry. The country’s shutdown caused global shipping to slow and left shipping containers in the wrong places, gumming up global supply chains. The effect was immediately felt in the export-dependent nonfat dry milk and dry whey markets, and prices of those commodities plummeted. However, other dairy products, including cheese and butter, were not initially affected.

The second wave began more than a month later when states and locales began implementing “mitigation measures,” which included canceling elementary, high school, and in-person college classes, and limiting the size of public gatherings. States shut down restaurants and defined and then limited “essential” work.

At the beginning of this second phase, dairy looked “okay.” Refrigerators and pantries were stocked inadequately for parents and children being at home. Initially, pizza sales rocketed higher. Then there was the run on grocery stores. This strained the supply chain for fluid milk especially, and some retailers started limiting the number of purchases. However, more generally, for milk, butter, cheese, and yogurt, it was a period with record sales – high enough initially to offset the declines in restaurant demand. This is why cheese and butter prices did not fall in response to the stay-at-home orders.

The third wave hit once fridges and pantries were full. For dairy, this is also when a hard fact emerged: consumers eat more dairy at restaurants than they do in-home. And restaurants were closed.

In the USA, we consume approximately 54% of our cheese and 55% of butter from foodservice and industrial channels. Put another way, with restaurants closed, for dairy markets to remain balanced, sales at grocery would have had to approximately double to offset the collapse in restaurant demand. In the third wave, sales at grocery stores were no longer enough to offset the nearly non-existent restaurant sales.

Many manufacturers are designed to service the restaurant industry. Think packets of butter that you might get at a diner or a 10-pound bag of shredded parmesan cheese that is in the back of an Italian restaurant. Manufacturers of these types of products experienced sales decreases of between 80% and 100%, are running at reduced schedules or have shuttered altogether. This lost manufacturing capacity is why there is widespread milk dumping in the USA. As an example of this, Dairy Farmers of America has said they have dumped as much as 7% of their milk. United Dairymen of Arizona and Magic Valley Quality Milk Producers report they are each dumping 1.0 million lbs of milk per day.

To better understand this crisis, here is the math: the loss in foodservice demand has meant 214 million fewer lbs of cheese are needed each month. That is equivalent to 2.1 billion less lbs of milk or about 11% of all milk produced during the month.

Before the Coronavirus, USA cheese sales were (approximately) in the following segments: 46% retail, 16% pizza, and 38% to foodservice and other channels for a total of 100%. Retail sales of cheese will only grow by about 20% YoY going forward and sales at pizza chains will be up by about 2% while sales through foodservice will be down about 80%. This means total cheese consumption in the USA will shrink by a total of about 21% so long as restaurants and schools are closed.

Meanwhile, the lost butter sales translate into about 1.2 billion fewer lbs of milk needed each month or about 6.5% of all milk produced during the month. Retail sales of butter make up about 45% of all domestic sales and consumption through other channels are the remaining 55%. If retail sales of butter stabilize up 20% YoY and foodservice sales are down 80%, then the USA has about 55 million lbs less butter consumption for every month that this situation continues.

The dairy industry has now entered the fourth wave. Cooperatives and manufacturers are dumping milk at an unprecedented rate and are forcing producers to cut supplies. At the time of writing, government support and market intervention are unknown, and governors are plotting a timeline to re-open the country. Hopefully, the restaurants and schools too. 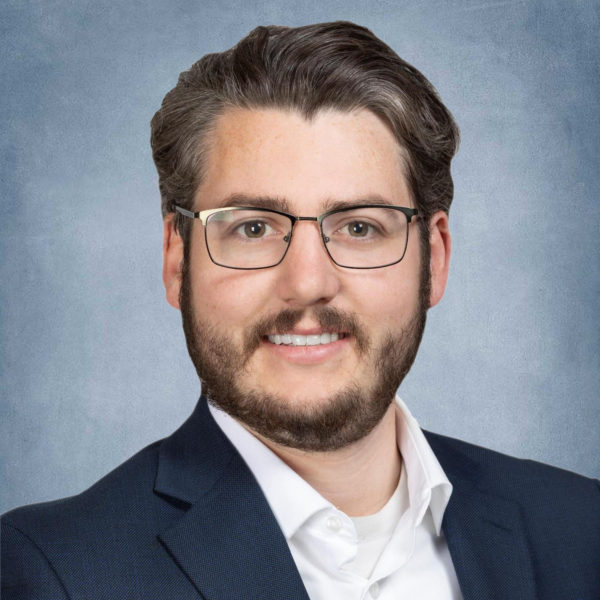 Matt Gould grew up on a third-generation dairy farm in Western New York. As a dairy industry insider, he’s experienced the frustration caused by structural changes in the industry where once-reliable rules of thumb suddenly no longer apply. He’s seen firsthand the vulnerability caused by having too little (or too old) information and out-of-date approaches to the marketplace. Matt has worked with leading dairy companies on acquisition evaluation, strategy, e-commerce execution, risk management, and policy projects. National media has featured Matt as an expert source, including Bloomberg, The New York Times, and The Wall Street Journal. He holds a B.S. in economics from the University of Pennsylvania’s Wharton School.